At a time when startling statistics warn us of the dramatic decline in wildlife across Britain, news that the large tortoiseshell butterfly might be making a comeback is welcome indeed.

The large tortoiseshell, which is much bigger than the small tortoiseshell (pictured above) and lacking the white markings, was once common in central and southern England but declined to the point of extinction by the 1960s.

Habitat loss, parasitism and the effect of Dutch Elm disease on one its primary food plants have been suggested as reasons for the decline. Now, sightings of male and female large tortoiseshells, as well as signs of its caterpillar, have been recorded at the rewilded estate of Knepp in West Sussex.

Once intensively farmed, the 3,500 acre Knepp estate is now a pioneering rewilding project and the sightings of the large tortoiseshell, as well as many other rare species (including the purple emperor butterfly), demonstrates the importance of preserving habitat to protect wildlife.

With half of Britain’s butterfly species on the extinction Red List, butterflies need all the help they can get. While rewilding projects on the scale of the Knepp estate are not achievable for most of us, there are plenty of ways we can help butterfly populations in our local area.

1. Grow butterfly-friendly plants in your garden, patio or balcony

Provide a pit-stop for butterflies by growing nectar-rich flowers, such as marigolds, buttercups, hyacinth, clover, heather, lavender and buddleia. Try to include a variety of flowers throughout the seasons.

Remember to include a variety of plants that caterpillars eat too, such as native shrubs, nasturtiums, holly, ivy and buckthorn. Caterpillars are also an important source of food for other animals, such as birds and hedgehogs, so helping them will benefit other wildlife too. 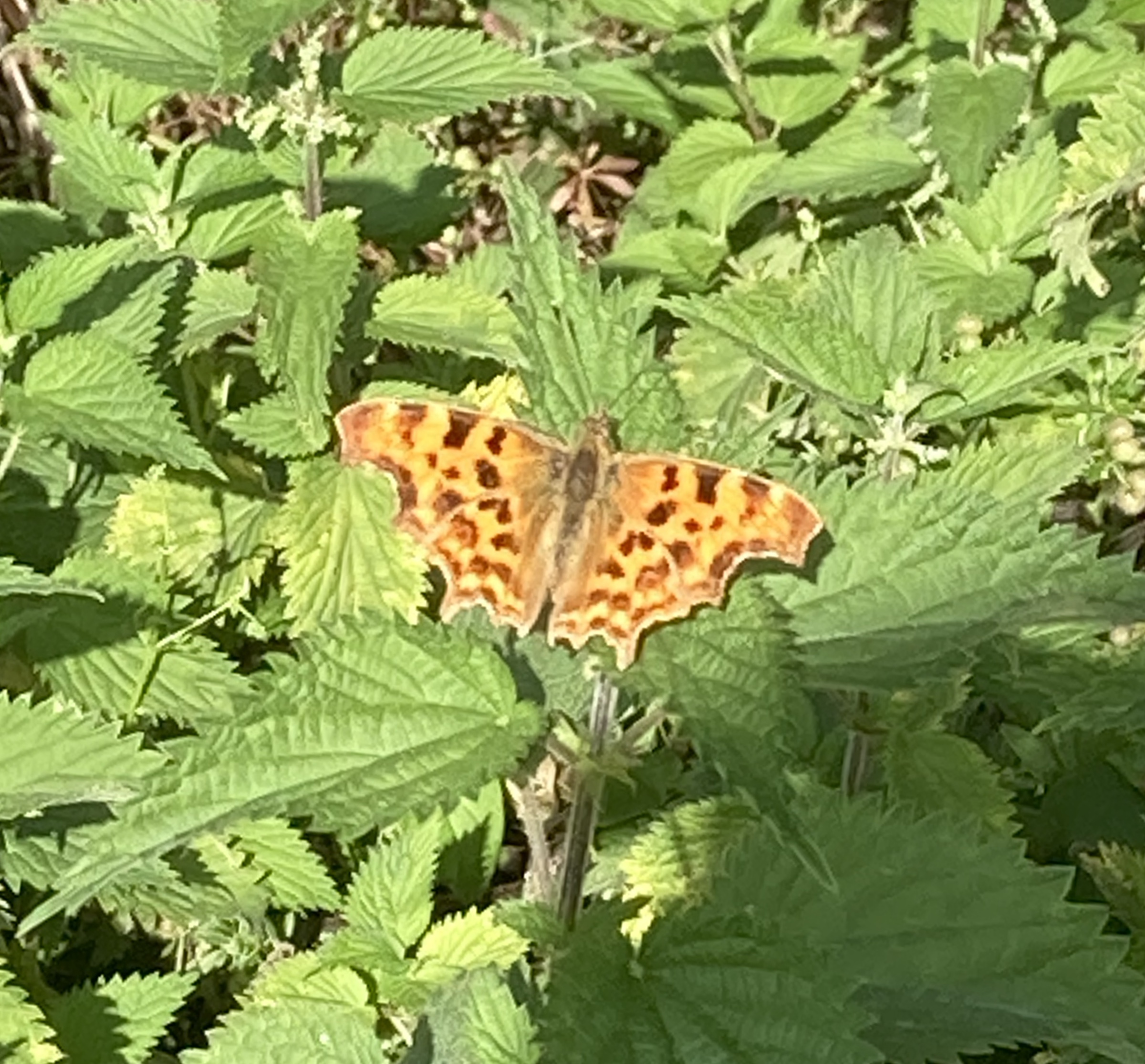 Plants that many people consider undesirable, such as nettles and thistles, are important food plants for caterpillars and a popular place for butterflies such as the peacock, red admiral and comma to lay their eggs. If you have space, try leaving an area of your garden to go wild.

Pesticides are harmful to butterflies and other pollinating insects so should be avoided at all costs. Try organic alternatives, such as companion planting or attracting beneficial wildlife to prey on nuisance insects.

The large heath butterfly has suffered a serious decline due to the loss of peat bog habitat. Peat bogs are an important ecosystem for many animals and plants, as well as being an important carbon store. Opt for peat-free compost to keep peat in bogs and out of gardens.

6. Campaign for wild space in your local area

Encourage your local council to let roadside verges and public spaces go wild. The BLUE Campaign, which promotes the rewilding of gardens, road verges and green spaces, has a useful letter template that can be sent to local councillors urging them to support local rewilding efforts.

7. Get involved in butterfly conservation