Flight of the Condors 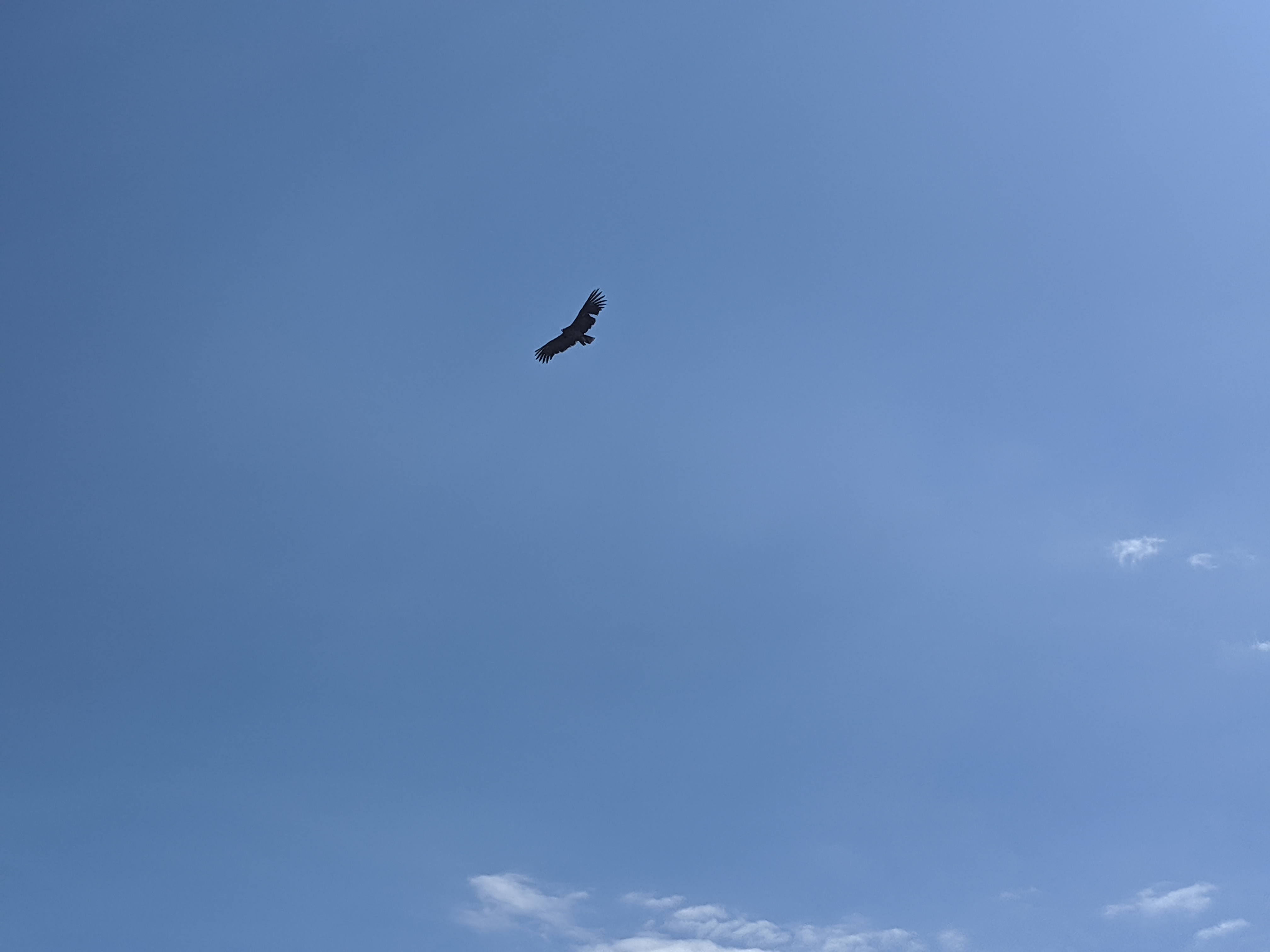 The Andean Condor (Vultur gryphus) is an impressive bird. Males weigh 28lbs on average with females around 22lbs. The wingspan of a male condor can exceed 10ft. This is the one of largest flying birds in the world. Historically condors used to range from Venezuela and Colombia through to Chile. They are extinct in Venezuela and endangered in Colombia due to local hunting practices. People believed that condors were responsible for killing their livestock, cows, llamas, alpacas. Due to the design of the feet of the condor, which is similar to that of a turkey, this seems somewhat unlikely. Condors do not hunt like eagles and other birds of prey. They are scavengers, feeding on carrion.

Historically, condors have also played a large part in the culture of Andean Peru. Today, two “festivals” in particular remain, that involve condors; the Yawar Fiesta and Arranque del Condor. Here condors are trapped and used as entertainment, either strapped to a bull, or hung inside a ring and punched to death by riders on horseback. We’re not kidding.

In Peru, you can see condors at Cruz del Condor or Condor Cross, near Cabanaconde in the Colca Canyon. A four-hour drive from Arequipa, Cruz del Condor has become a much sought-after tourism experience while in Peru. Over the past twenty years, condor viewing in the Colca Canyon has become much more popular. Tour buses, both large and small, line the road around Cruz del Condor, shuttling people to and from the viewing point. The most popular times for viewing condors is between 7 and 11am. At this time there will be dozens and dozens of vehicles and hundreds upon hundreds of camera-toting tourists, eager to see these magnificent birds in full flight. And typically, the condors do not disappoint.

There is, however, a little-known problem here, which is a cause for concern when thinking about humane activities while on holiday. Due to the increase in volume of tourists, the condors began to appear less frequently at Cruz del Condor, building their nests and scavenging further away. This created a problem; no condors mean no tourists and no tourists mean no money. Since tourism is vital to the local communities in Colca Canyon, the Ministro de Cultura del Perú made the decision to bait the canyon with animal carcasses to ensure a continual food supply for the birds. Countless cows, llamas, horses and donkeys are slaughtered and disposed of a short way into the canyon. Just past the viewing platform below the cross is a ridge which leads into the canyon; it is in this location where the unfortunate animals are dumped. This happens every so often, just enough to ensure the condors keep coming back and always out of sight of the hordes of tourists.  Afternoons at Cruz del Condor are extremely quiet which is a good time for officials to engage in this most unpleasant act.

For decades the condors survived in this area without the need for human intervention. But, with the advent of mass tourism to Colca Canyon, the Peruvian government felt it necessary to intervene for fear of losing a valuable revenue source – tourist dollars. Sadly, this is yet another example of how over-tourism can impact local wildlife. In this particular case the countless numbers of livestock animals that are offered up as bait, are the unfortunate ones. Because people want to see these majestic birds in their natural environment, and tourism is important to communities in the canyon, decisions such as this are being made. You wouldn’t think that an activity as seemingly benign as bird watching would have an ugly side, but it can. The sacrifice of livestock to ensure the perpetual return of condors seems to us to be needless and unfortunate and yet another example of how tourists’ desires for “natural” or “authentic” experiences affect the welfare of animals globally.